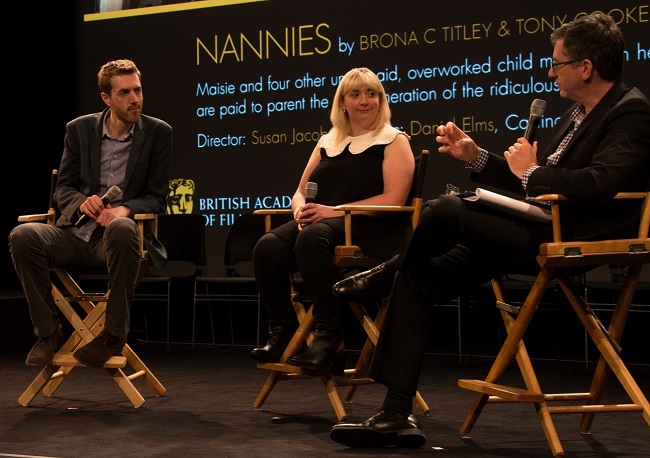 As a winner of the BAFTA Rocliffe Comedy Award 2013, my sitcom script ‘Nannies’, co-written with Brona C. Titley, was performed as part of a primetime event at the NEW YORK TV FESTIVAL on 23rd October. Greg Daniels, co-creator of The Office and Parks & Recreation (right), then gave us a live notes session on stage at the SVA Theatre.